England is a Constitutional Monarchy NOT a Democracy.

TREASON started in force in the early 1970s when the Political Parties of the
Commonwealth of Nations removed Her Most Excellent Majesty by stealth.
Canada, New Zealand and Australia are Constitutional Monarchy’s BUT like England, Political Parties in these Countries have taken over the Queens Parliaments = TREASON.

Canada got the Canada Act 1982

The Constitution Act, 1982 set out in Schedule B to this Act is hereby enacted for and shall have the force of law in Canada and shall come into force as provided in that Act.

This was done by Political Parties without the approval of the People of the Commonwealth of Canada voting in a referendum.

The Sovereign Head of State

The Sovereign in right of New Zealand is the head of State of New Zealand, and shall be known by the royal style and titles proclaimed from time to time.

For this the Political Parties removed the Royal Style and Titles Act 1953 and
created their own paper Queen of New Zealand. Nobody voted in a referendum of the people for this = TREASON

An Act to bring constitutional arrangements affecting the Commonwealth and the States into conformity with the status of the Commonwealth of Australia as a sovereign, independent and federal nation.

For this the Political Parties created their own paper Australia, paper Commonwealth and paper Queen of Australia to represent their Abstract entities Australian Citizens and removed the Royal Style and Titles Act 1953 on the 31st December 1973 = TREASON

EVERYTHING ABOVE IS TOTAL WILFUL TREASON

The Queen in the above Section is NOT devise-able into the Political Parties’ Queen of Australia.

GUARDIANS OF THE CONSTITUTIONS

Commonwealth and State Guardians are there to take care that it is followed, NOT outmanoeuvred by Political Parties. The Federal and State Parliaments are not sovereign bodies; they are legislatures with limited powers, and any law which they attempt to pass in excess of those powers is no law at all!

It is simply a nullity, entitled to no obedience.

All Acts since Coronation 1953 used this enacting manner and form to give Crown Authority.

“Be it therefore enacted by the Queen’s Most Excellent Majesty,
the Senate, and the House of Representatives of the Commonwealth of Australia, as follows”

This is the lawful enacting manner and form giving Crown Authority.

“Be it enacted by the Queen, (Note: Most Excellent Majesty removed)
the Senate and the House of Representatives of Australia, (Note: the
Commonwealth removed) as follows”

Chapter V The States.
¶ 444. “The States.” Page 927
The definition of Commonwealth, which is clear and unchallengeable, according to the express wording of the Preamble and the first six clauses of the Imperial Act, the Commonwealth of Australia Constitution Act 1900-1901 Preamble = The political parties removed “the people of the Commonwealth”

Clause 1 Short title This Act may be cited as the Commonwealth of Australia
Constitution Act.  = “The Constitution” or “Australian Constitution” with NO
living people

Clause 2 Act to extend to the Queen’s successors  =   NO successors because
the “Queen” they refer to is a fiction.

The Red is mine

The Constitution of the Commonwealth shall be as follows:

“The Constitution” Attached is what the Political Parties recognize when it suits. By removing the Preamble they removed the Queen’s Most Excellent Majesty, and Clause 2 Act to extend to the Queen’s successors; therefore in their “The Constitution” they use their Queen of Australia, nothing living = No Successors.

That is as far back as I can prove in black and white. The TREASON starts here. Her Most Excellent Majesty signs the Commissions.

If you would like a copy of Dick’s Book that took him ten years of strenuous and meticulous investigation and study to write, get your book here and refer to it whenever dealing with these corrupt political party corporate “government” departments and ministries. They are all complicit in the crimes and TREASON! 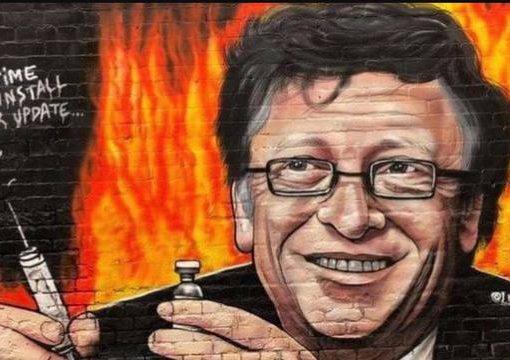 IF this is true, it’s a massive win for everyone on the planet. Gates is a megalomaniacal psycho and needs to be […] 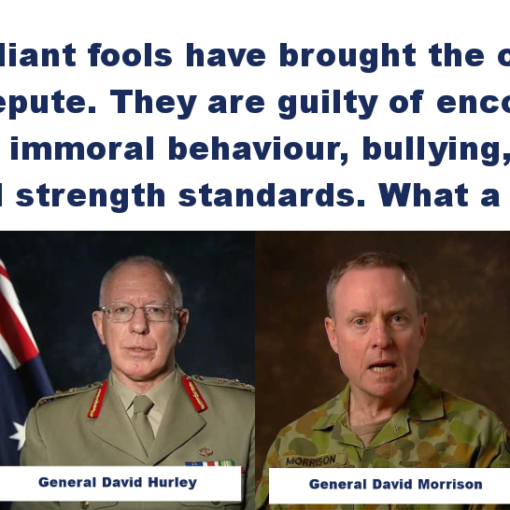 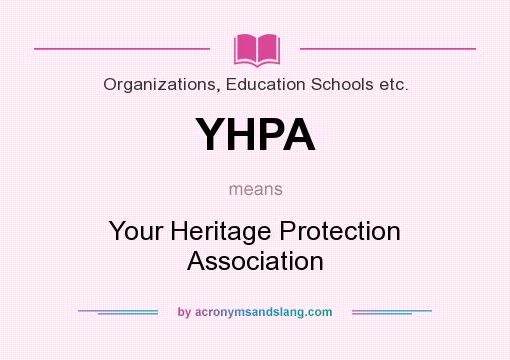