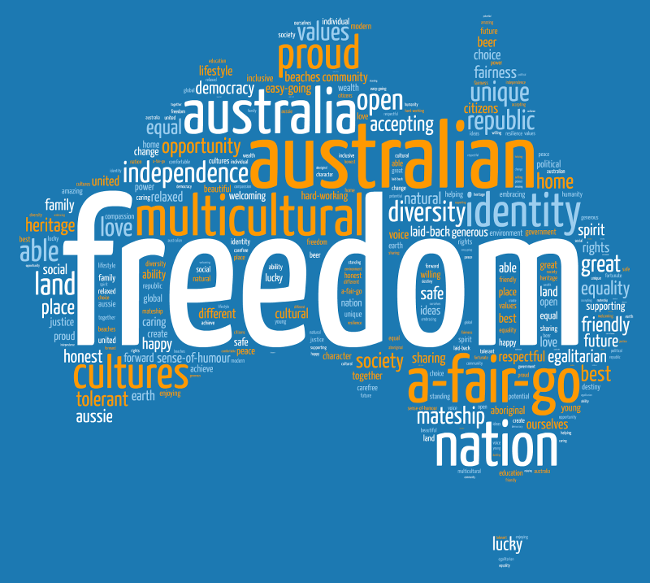 The Australian immigration department has posted statements on their website to define Australian values and to require all immigrants to sign a statement affirming they will accept these values. This is the statement:

Applicants for provisional, permanent and a small number of temporary visas are required to have read, or had explained to them, material made available by the government on life in Australia which is contained in the Life in Australia book. These applicants are also asked to understand what may be required of them if they apply for Australian citizenship. This statement is included in affected visa application forms and all applicants aged 18 years and over will need to sign the statement.

You must sign this statement if you are aged 18 years or over.

I confirm that I have read, or had explained to me, information provided by the Australian Government on Australian society and values.

I undertake to respect these values of Australian society during my stay in Australia and to obey the laws of Australia.

I understand that, if I should seek to become an Australian citizen:

If I meet the legal qualifications for becoming an Australian citizen and my application is approved I understand that I would have to pledge my loyalty to Australia and its people.

This is all well and good. But the government has ignored one very important factor. Immigrants/Refugees from islamic countries come from a very different cultural and moral background. The reality is that islam and its sharia law is totally opposed to everything we value in Australia; our laws, our culture, even our way of life. All these are anathema to islam. As a result, many islamists come to Australia and instead of integrating, they seek to reproduce the same culture and living conditions they fled from their home countries.

The Islamic values listed below were signed and accepted by 58 countries in the Cairo Declaration signed by 58 countries. They are all according to the koran, the life of Mohammad, and sharia law. 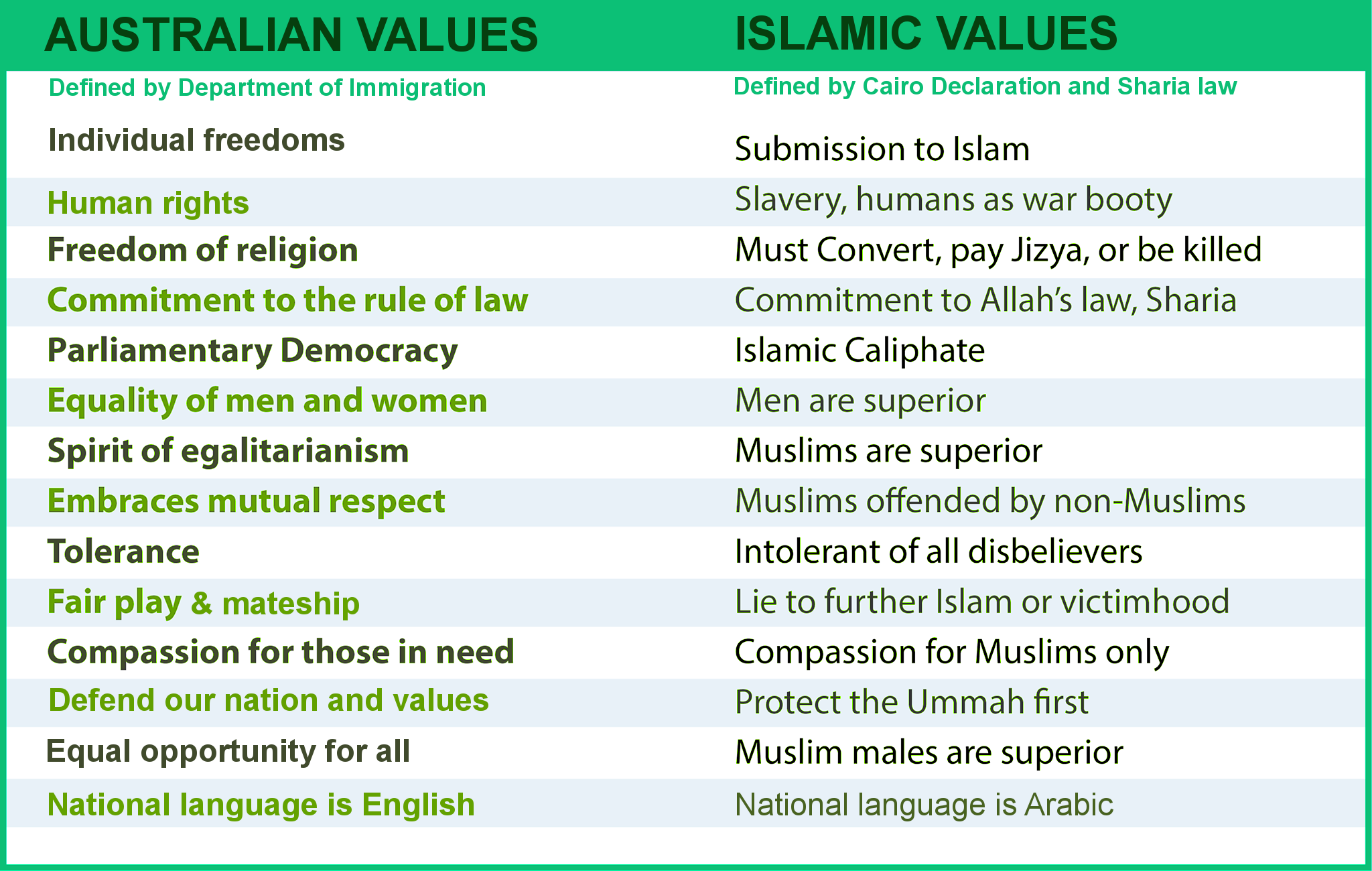 It is easy to see that islam is incompatible with our Australian way of life. Even if islamists do not follow sharia law strictly at first, as their numbers grow peer pressure will force many of them to obey the dictates of the koran and their imams, as we have seen in the UK, Europe, Canada, and the US, not to mention countries that islam has already completely subjugated.

There is only one solution to the islamic terrorist problem. We must completely ban islam. There are precedents for banning ideologies that are inimical to our way of life and culture. In 1940 the Communist Party of Australia was banned, and in 1941 the Jehovah’s Witness church was banned.

The danger from rising islamic fundamentalism today is growing so great that the only possible way to stop it is to rid our nation of islam completely.

We can only do this if We the People have the power to initiate referendums…Citizens Initiated Referendums (CIR), and give all Australians a vote on whether we should ban islam. Given the growing concern among a lot of Australians there is a very good chance that we would vote to ban islam, at least until we can be sure that the attempts to impose islam on the world under an islamic Caliphate is gone.