Nor does our Constitution say anywhere that political parties may govern. If it’s not in the Constitution it does not exist under the law.

The ONLY authority granted any power is the Governor General representing the Crown, and he has the final say on all laws passed by Parliament.

But today, we do not have a GG. Nor do we have a lawful government. We are, instead, ruled over by a criminal organisation. Australia has reverted back to our original status as a Penal Colony…and WE are the prisoners.

HM Queen Elizabeth II has stated that only We, the People of the Commonwealth of Australia have the power and a duty to resolve our Constitutional Crisis caused by Whitlam who took the Crown out of the Constitution, and Bob Hawke who forced the Australia Act on us without a referendum or the Queen’s signature.

ALL the political parties, including PHON, GAP and the rest are complicit in HIGH TREASON. Even the Queen has said that it is up to We, the People of the Commonwealth of Australia to resolve our Constitutional crisis…not the politicians…not the parties, but you and me and all other Aussies who can see the TREASON. It’s our duty to do something to right the wrongs. See Section 61 of the Magna Carta that grants us the power within ourselves to Lawfully Rebel. 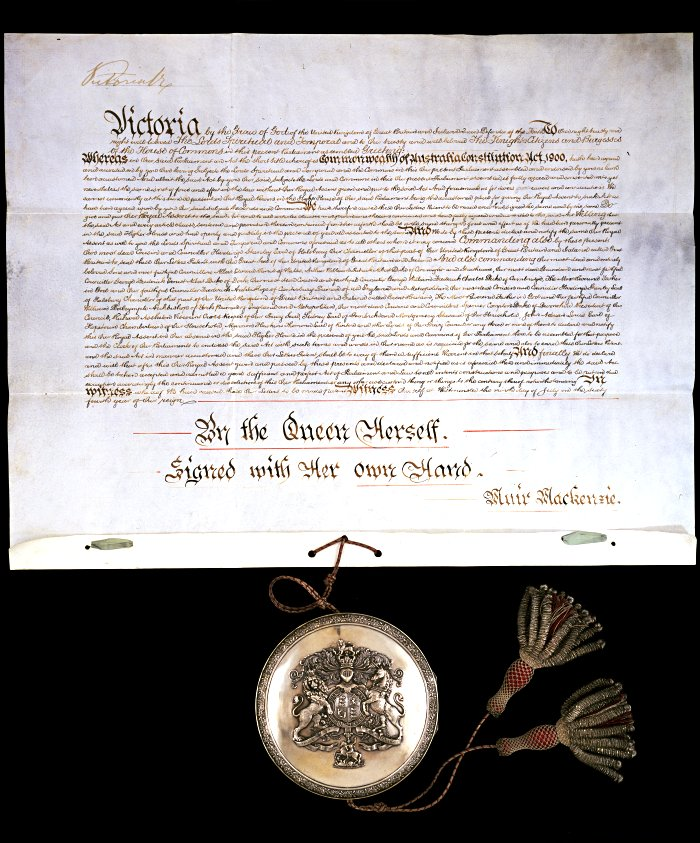 Every Australian should read the Commonwealth of Australia Constitution Act 1901. This copy has all the amendments included, shown with a capital ‘A’. For example, Section 51 (xxiiiA) was amended by the Australian people voting in a referendum in 1946.

Only the People of the Commonwealth of Australia are sovereign. Only We the People have the authority to select and elect our Representatives — Sections 7 and 24. We have failed in our duty to our nation, our children, and our future. It’s time to right this wrong…. but we can only do that if we know the law — the highest law of the land is our Constitution.