WHY ARE YOU PAYING SUPERANNUATION?

Do you know that the Australian Tax Office (ATO), ever since World War 2, has been collecting money into a national pension fund, and that they still do even today?

So why are all Australians being forced to pay into a Superannuation Fund today, as well?

Then Labor Prime Minister Ben Chifley introduced three bills on 1 January 1946 to establish the National Welfare Fund that was financed by a compulsory contribution, a levy, of 7% of all personal income.

That 7% levy has never been cancelled.

In other words, every time you pay your income tax you are already contributing to your pension. Yet modern governments have instituted a new “pension fund”, calling it “superannuation”, and again We the People are being forced to contribute (another involuntary levy) to it.

Who was appointed as the “Trustee” of The National Welfare Fund?

You guessed it: The government, of course!

And, as usual, the thieves are scheming today to steal the funds from your Superannuation scheme as well!

The money collected for the national pension fund was kept separate from all other taxes and paid into the pension fund account. By 1950 the fund had almost 100 million pounds in it….a glittering pile of money that the grubby politicians could not keep their greedy eyes off. It didn’t take them long to start finding ways to loot our money!

In 1949 PM Bob Menzies introduced Bills to amend the acts, so that the Compulsory Contributions Levy was grouped with the Taxation Assessment, in other words the money was “hidden” as part of the general national revenue, instead of being kept separate, as it was supposed to be.

Did Labor speak out about it?

Of course not. Instead, they remained silent, knowing full well that they would also be able to dip their sticky, corrupt fingers into the massive amount of money just sitting there ripe for the picking: Never mind the Australian workers who were still paying into the fund, believing that they would be looked after when they retired.

From 1951 to 1985 the compulsory levy jumped to 7.5% of your salary, “hidden” in the income tax the government was collecting, where it was placed in the Consolidated Revenue Account instead, where it was available to any sleazy political excuse to spend it under “General Revenue”.

The infamous Gough Whitlam actually did some good while he was in office by abolishing the income means test for all persons over 70 years old. Under this legislation, every Australian over seventy was assured a pension.

But along came that tall streak of misery, Liberal PM Malcolm Fraser (“Life wasn’t meant to be easy”), who cancelled the Whitlam legislation. He made sure that life for retirees would not be easy by transferring the balance in the Welfare Fund Account of about $470 million to the Consolidated Revenue Account, where your savings could be looted without anyone being the wiser. In other words, by 1977 the pension funds you are legally entitled to had been stolen, and yet no one said a word!

Just to rub salt into the wound and ensure the funds “disappeared” completely, the Australian Labor Government led by the drunken sot Bob Hawke repealed The National Welfare Fund Acts No. 39, 40, & 41 of 1945 in 1985.

Yet every Australian worker continues to pay, even today, a 7.5% levy from your income tax.

Where does that money go?

You are not supposed, or even allowed, to ask!

What is even worse, that same Labor government led by the ex-Union enforcer, foul-mouthed, womanizing lecher Bob Hawke, brought in the Income & Asset Tests to deny millions of (pension) levy and tax-paying Australians from receiving their rightful Social Services Pensions. How could the government pay out the pensions when the government had already stolen the money?

How Much of OUR Money Has Been Stolen?

Based on the amount of money still being collected as a levy, each retiree is entitled to be paid in excess of $500 a week – out of a total of over $240 million that should be available today to pay YOUR PENSION!

Yet, we are told that a pension is not a “right” by these same self-serving lying scumbag politicians!

Of course, that doesn’t include them, does it? Every single one of these disgusting thieves is “entitled” to an extremely generous “pension”, not to mention all the perks as well, when they retire or are voted out of office.

If you are working hard and paying into a “Super” fund you are being robbed! There is no other word for it.

When are you going to wake up Australia?

When will you stop voting in these party drongos who don’t give a rat’s arse about you and your future, as long as they can continue to snuffle at the trough, all paid for by your hard work? What about the future of our children, our grandchildren and generations to come? Shouldn’t we be putting a stop to the outright theft and betrayal of the Australian people?

Should we wait until the next election to toss these tossers out, or are you going to finally grow a backbone, stand up for your rights, and march on Parliament to throw all the criminals into jail where they can be judged, and when convicted hang at the end of a rope….where all traitors belong?

It’s up to you Australia. Are you fed up yet? Or are you going to continue bowing down meekly to these thieving, lying, dictators? 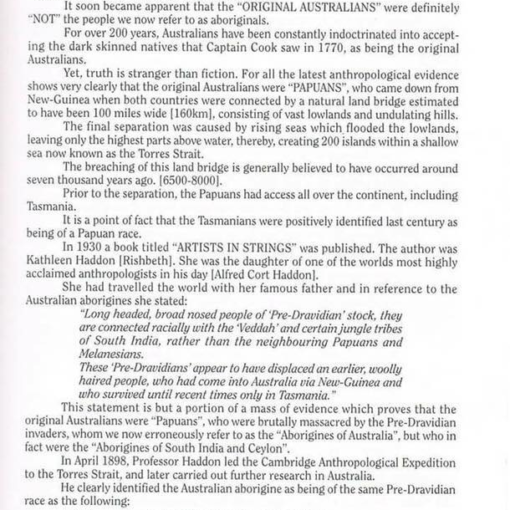 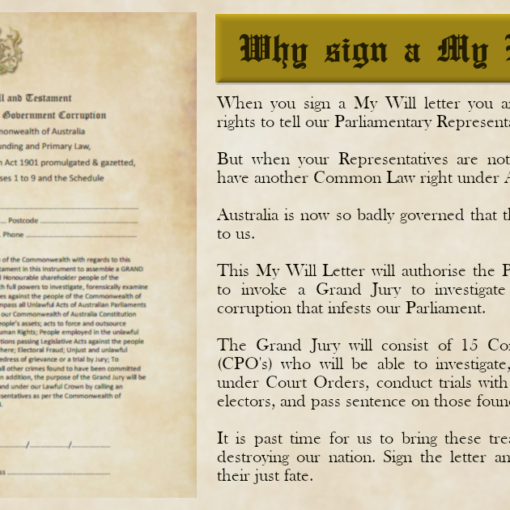 5 thoughts on “More Criminals in Government”