Liens – How to Hold “Officials” Accountable

What is a Commercial Lien?

Thanks to http://lien.fmotl.com/ for this information

If someone has ‘wronged’ you, by their actions, you have a remedy, in Law. The Common Law is the Law-of-the-Land, and is the highest man-made Law under which the People of the Nation are bound.

Under the Common Law, everyone is individually responsible for their own actions. The ‘office’ they may hold, the ‘authority’ they may consider they have, and/or the uniform they may wear, does not protect them in any way, shape, form. Simply because they (like everyone else) are responsible for every action they take. This was set in stone following Word War II, at the Nuremberg Trials. German Officers claimed “I was only obeying orders”, yet they were still found guilty, and hung accordingly. This also forms a part of the Geneva Convention to which most Countries are signatories, especially the United Kingdom and Commonwealth countries. Thus, “I was only obeying orders” is not a defence.

The reasoning is simple: BEFORE taking any actions against anyone else, make sure that what you are doing is lawful and moral. If you suspect that the action you have been ordered by your superior to take is either unlawful or immoral, then you must refuse to obey. You can report the order, and your reasons for believing it to be unlawful and/or immoral to a higher authority. You can go as high as you like in the chain of authority, pointing out that anyone who conspires to support the unlawful/immoral order is making themselves an accomplice, in Law. And that, as a consequence, they (themselves) will be held fully accountable, in Law.

In simple terms you write down The Exact Truth of what occurred, based on your first-hand knowledge, including any necessary supporting documentation. You will be writing under penalty of perjury, so do not lie, or make any Statements you feel you cannot prove. You explain the ‘wrong’, and you claim damages that you feel you deserve.

You write this in the form of a sworn Affidavit, and send it to whoever ‘wronged’ you, giving them 7, 14, or 28 (you decide) days to rebut what you have said. You tell them that you will remove any Statements they can prove to be incorrect, but the result (after all removals) will be Notarised and placed on to the Public Record.

You must take this step, because it is honourable, and you must remain in honour. You cannot expect a Commercial Lien to work if you cannot prove this step. Thus your Notice should be sent by Recorded Delivery, so that you can prove it was received. If you do not take this step you can expect your collar to be felt at some later date because it is essential, and the essence of the Common Law, that a Party you consider offended you has the chance put their side of the story, and you must not deny them that chance.

Once they receive your statement of claim (the affidavit) they must respond within 72 hours, or they will be in dishonour. This means that neglecting to respond in the required time means they have accepted your claim and you are clear to take it to a Common Law Court for a hearing.

It is very important to remember how the Common Law works. This is solely by Verdicts of Juries elected by the people of the community (upon hearing first-hand knowledge-based evidence) and by unrebutted Statements of Truth (also based solely upon first-hand knowledge).

What remains unrebutted, in substance, creates The Truth, in Law. (This is the only way the Law can work. It relies on people being truthful, with the possibility of perjuring themselves if they lie).

ote that ‘in substance’ does not mean ‘simple denial’ as in “No, I didn’t!”. ‘In substance’ means denial with supporting proof. (And remember “I was only obeying orders” is not ‘proof’, nor is it any kind of defence. Neither, by the way, is “I didn’t know” – because ignorance of the Law is no excuse. They should have checked, and discovered whether or not their actions were lawful and/or moral, before doing whatever they did).

Being The Truth, in Law, it immediately becomes The Judgement, in Law.

This is why, as a Witness, you are required to swear to: “Tell The Truth, the Whole Truth, and nothing but The Truth”. Simply because all judgements are based on that. (I repeat … it is the only way the Law can work).

Now that you have an Affidavit that remains unrebutted, you can get it notarised by a Notary Public. ‘Notarising’ consists of identifying yourself to the Notary (Passport, Driving Licence, etc), and signing your Affidavit in his or her presence … such that he or she can verify that it was you, yourself, making your signature. The Notary will apply his seal, and will sign accordingly. (Their fees for doing this range from £30 to £50 on average).

All you need to do from this point onward is to ‘place the fact that your Affidavit exists on to the Public Record’. This can be done by talking out a small advertisement in a newspaper. Within the advertisement you can invite Debt Collection Agencies to contact you – in order to actually exercise the Commercial Lien debt.

What can the Lienee do about this?

Judges know that they cannot affect a Commercial Lien because it is based on first-hand knowledge, which they can never have. Only you can have that knowledge. Only you can make the Statements you made. Thus there is nothing for them to ‘judge’, and they know that.

The Lienee, therefore has three options:

Who can you take out a Lien against?

Anyone you feel who has wronged you – or conspired to wrong you. For example, the Directors of a Company who have made demands upon you, without a Contract of Obligation from you.

For example, all Debt Collection Agencies who simply write, demanding money, when you have never heard of them before, and know that you have no obligation to ‘do business’ with them. They may write on the basis of a Parking Fine, or whatever. The point is they do this without having first obtained a lawful obligation from you. They may very well claim a Warrant from the Northampton Bulk Clearing Centre, but you never consented to be ‘judged’ at Northampton Bulk Clearing Centre (and were never given any opportunity to put your side of the story). Furthermore the Warrant is not based on the Verdict of a Jury, or sworn Affidavit from first-hand knowledge (computers do not have first-hand knowledge!). So any such Warrant is void in Law. Consequently, if they continually harass you, they are (seriously and criminally!) ‘wronging’ you.

Therefore you go to the Companies House Website, and pay £1 for a Current Appointments Report on the Debt Collection Agency. This will list the names of the Directors. You apply a Lien to each of the Directors, because it it their responsibility to make sure that their Agency acts in honour, and within the Law, not outside of it..

Important Notes
If you read the description above carefully, you will see that – in order to apply a Commercial Lien – you do not need to get a Court’s permission. The Lienee would need to take you to Court (with a Jury of 12) in order to get it removed, or the amount reduced, without making a payment. (You can go to a Common Law Court)

Obviously you need to be prepared to remove it yourself, if they do pay up.

Notes for the Templates

DO NOT CHANGE THE FORMAT OF THE AFFIDAVIT/STATEMENT OF TRUTH (Notary Publics love it, and will have an orgasm when they see it).

Simply Embed it by means of “Replace All”, searching for the “<..>” codes given below, and replacing with your specific text

Use “View > Headers and Footers”, on the first page, to change the Given & Family Names in the Footer.

Add any “evidence pages” as extra pages at the end, such as scanned ‘Signed for’ receipts, and scanned samples of letters sent/received, which are referred to in the listed complaints, torts, etc.

Specimen complaints, detailed torts, etc. – which go in at <4>

(“Word” will automatically number these in, and re-number everything that follows)

2. THAT on that date, and at that time, “<5>” disturbed me, the Peaceful Inhabitant, without LAWFUL authority to do so.

3. THAT on that date, and at that time, “<5>” ejected me, the Peaceful Inhabitant, from that dwelling without any LAWFUL authority so to do.

5. THAT having ejected me, “<5>” made no attempt to discover whether or not I had the means to summon a taxi or some other kind of aid necessary to leave the place.

a) Where is the real and true Commercial Paperwork bearing on this instant matter that made me liable to summary ejection from said dwelling?

b) Where are the real, true, proper and lawful assessments bearing on this instant matter that I am said to be liable to summary ejection from said dwelling?

c) Where are the clean hands?

d) Where is the good faith action?

e) Where are the truth, mercy, grace, and all similar just and virtuous qualities and proceedings based on them that are supposed to inhere in the Common Law, and commerce via the Uniform Commercial Code?

7. THAT if “<5>” believes his actions against me carried the force of Law behind them, let him show the Common Law precedent.

9. THAT if “<5>” disavows the Common Law, then let him explain whether or not he disavows the crime of murder.

10. THAT if “<5>” disavows the Common Law, but does not disavow the crime of murder, then let him show how this is possible. 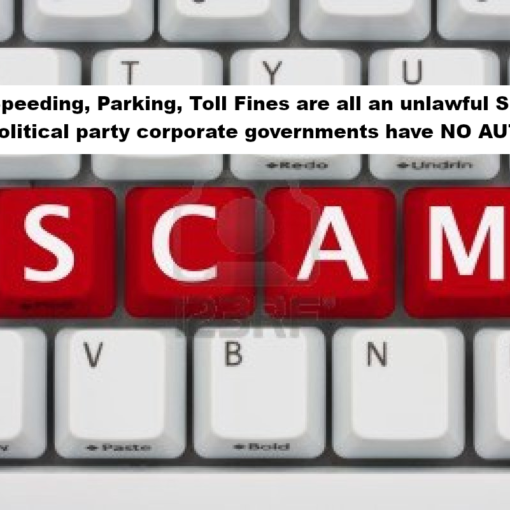 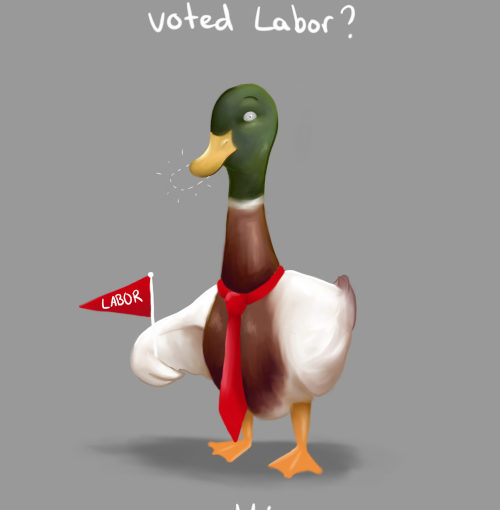 Fabians are “Soft Communists” The Fabian Society has in view the advance of Socialism~ Fabian Tract No. 3, 1885 Who and what […] 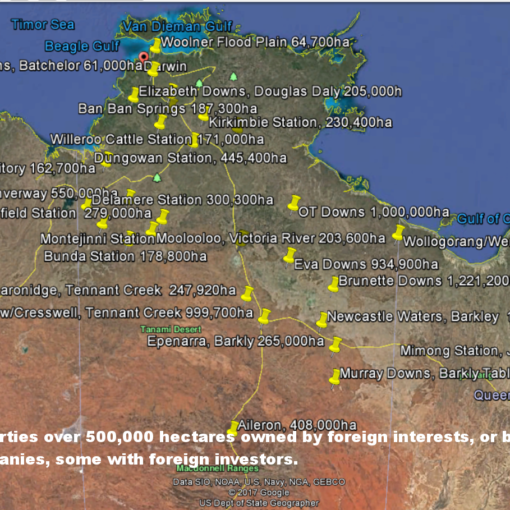 Who Owns Australia? If you think you own your little piece of Paradise, your quarter acre block of land, or your farm, […]