Appended to this is a video by Benjamin Fulford, an investigative journalist, whose opinions are valid as far as they go, but whose understanding of the bigger picture is not obvious from this particular video. Another video by Judy Byington is also appended, clarifying the issues discuseed in this precis of what is happening.  To watch them yourself click on them  and follow down to see the original videos dated 15th October 2021and 13th November 2021. Their  main information is as follows:

What Benjamin Fulford has omitted is the facts denied by Mainstream Media, and others that President Donald Trump had euchered the Rothschilds, China, and the Deep State way back before the 2016 elections. On being approached to become President, he was privy to an attack on the thirteen Venetian Families who masterminded the Cabal, that was successful, and eliminated them. To implement the Military Masterplan,  he did create a 500 billion dollar  task force in 2017,  to hunt down and eliminate the core businesses of the Deep State and China, Drugs from Afghanistan and Latin America, and Human Trafficking that has overtaken the drug trade as a money spinner since 2018. One of the first jobs that the military defending the Constitution of the United States of America  accomplished was to kill the thirteen Venetian Families controlling the world. As soon as Italy was locked down a raid  was swiftly accomplished, and the Roman Catholic Church and its bank, which have been their allies was raided, and a huge amount of gold and securities robbed from the world since 1870, and even before that, were sequestered by the United States of America and moved to a Bullion Bank in Reno in Nevada in around 650 Military Freighters.

To ensure the United States of America never is placed in monetary servitude and forced to avoid bankruptcy as a Corporation, by promising not to defend its allies in the Pacific, in return for money, it allowed the Democratic Party, to steal the 2020 election, and install Joe Biden and Kamala Harris as President and Vice President in name only, but without access to the Bullion Bank in Reno or the Nuclear Football. Since mid 2020 and even earlier a plan was hatched to demolish the United States Dollar and replace it with a gold and silver backed currency with super security to ensure that the trillions of Dollars, Pounds, Pesos, Rubles, and Yuan swishing around the world in the hands of the Super Rich, would have to be exchanged and at the same time audited to stop corruption absolutely. That currency is the USTN The United States Treasury Note,  and new USD ( United States Dollar known as Rainbow currency).

Crunch time according to Benjamin Fulford and ors, will be December 3rd 2021. On that day the authorisation by the Congress of the United States of America to extend credit until then will expire and the right to print money ended. The United States Dollar will then be able to be exchanged for United States Treasury Notes, and Rainbow Dollars, all digitally secured and backed solidly by Gold, Platinum  and Silver. The catch will be that the exchange will be subject to an audit, and any dirty dollars attainted by drug sales, human trafficking, or Judicial and or Political corruption, will be denied exchange. The Mainstream Media has been controlled by the United States Government for fifty years, and is 90% owned by only six individuals, after an Operation Mockingbird was implemented around the time of President Kennedy’s murder.

Trump is a master of tactics, and he was unable or unwilling to win the 2020 election, when the Deep State was so determined to install Joe Biden and Kamala Harris in office, that he allowed them to be installed while a threat of nuclear blasts  in major cities was credibly made if they were not. The United States Military have now eliminated that threat worldwide, including for Australia, New Zealand and Japan and South Korea. The deal alluded to by Benjamin Fulford was dependant on that threat being activated. When it was neutralised, the plan to instal Kamala Harris as President, was shelved as impossible, and the promise to transfer those four countries to China abrogated.

By the 11th March 2021 the United States of America Military was convinced there was enough fraud, to instal Trump as Commander in Chief, and they did so on or about that date. So called President Biden has never had access to the Nuclear Football needed to activate the Nuclear Deterrent. To avoid civilian panic, when the general public and public servants realise that their Pension Funds are gone, the Gesara-Nesara is scheduled to be implemented and the equivalent of what would have been their pensions, will be appropriated from the Bullion Bank created with the  Gold and Silver from the Vatican. Further a lump sum payment will be made available, to older people, who cannot find work, or employers willing to employ them, after around age 40 to eliminate poverty worldwide. All debts dependant on advances through the Federal Reserve and mainstream lenders, will be forgiven and Credit Card debt cancelled.

In Australia, the Superannuation Fund in fiat currently will probably become worthless. All unfunded liabilities incurred by both the Commonwealth and States will be sheeted home, to those corporations and they will be bankrupted, as they are all registered on the New York Stock Exchange or in Delaware. The Mainstream Media worldwide is scheduled to be eliminated, and an Emergency Broadcasting Service, showing a degree of depravity in the Ruling Classes that most people cannot comprehend, will be exposed,  both in the media and entertainment industry.

Sources for these assertions have been garnered since before the great steal, on the 4th November 2020, from multiple sources, and it is a wonderful time to be alive, despite attempts to murder us all by the Medical Professionals and the Government. Learned Medical Professionals are aware that the Gesara-Nesara Revolution will include the technology collectively known as Medbeds. This technology will make a Medical Degree obsolete, the Pharmaceutical Industry of no further use, and will be introduced from the beginning of December 2021, worldwide, with priority to people terminally ill, those  totally traumatised from what they found in deep underground military bases, and the child victims they have rescued.

This is enough to make you think about what is coming. It could have been very bad, but is going to be a Golden Age with the Blessing of Almighty God falling upon all who want to accept those blessings. 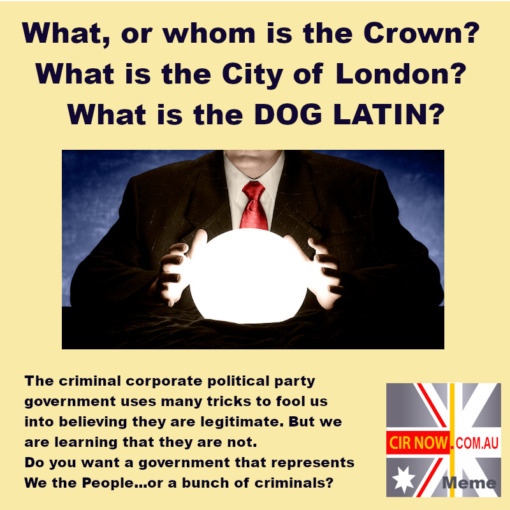