This letter is a very strong notice to the fine issuing authority to drop the fine.

It has been used successfully by some people. We make it available here for anyone to use, but with no guarantees. It may work for you, or not. If not, then we recommend you buy the e-Book “Steps to fight fines – and stay out of court”. It contains detailed information about the law and includes template documents you can use to challenge a fine.

We highly recommend you always challenge any fine. Even if you fail to stop the fine you will have at least caused the issuing organization a lot of extra work and cost — this is Lawful Rebellion. Eventually, dealing with so many objections to fines will clog the system and make it much more difficult for the government to collect the billions of dollars they are stealing from us.

The letter to use starts below….

This document is a matter of public record

[NAME OF COMPANY ISSUING THE FINE]

Materially, S 268:12 Criminal Code Act 1995 ( Cth) prohibits on pain of seventeen years imprisonment, imprisonment or other severe deprivation of physical liberty, and I hope I am not forced to exercise my rights as a person explicitly given power by S 13 Crimes Act 1914 (Cth) to take a proceeding to enforce a Penalty as prescribed by S 4B of the Crimes Act 1914 (Cth) namely as follows:

In 2016, the Federal Court of Australia by 36 Federal Judges enacted the Federal Court ( Criminal Practice ) Rules 2016 and under that a person authorized by S 13 Crimes Act 1914 (Cth) may present at the Federal Court of Australia registry and present for sealing two forms, a CP12 which is a Summons, and a CP 13 which is an Information, which is the same as an indictment. Such a document, if the accused pleads not guilty, attracts the benefit of S 80 Constitution and by S 8 Australian Federal Police Act 1979 the Australian Federal Police are obliged to provide policing for the Laws of the Commonwealth. By S 64 Judiciary Act 1903 (Cth) New South Wales [or your state] is a legal entity the same as any other subjects of the Queen of the Constitution.

The right to politically protest in good faith, is enshrined in S 80.3 Criminal Code Act 1995 ( Cth) and even though the State of [your state] has taken advantage of S 9 Australia Act 1996 to pass this sort of extortion by Police, they and the State are not above the law.

I have no desire to exercise my strict legal rights, unless an attempt to fine me further is made, but simply to go about my business free from harassment. If I am forced to defend myself against this criminal conduct, the Magistrates Court probably will not hear the counterclaim, and that would have to be heard in Equity in the Supreme Court, and an account offsetting your demand against mine, can be requested.

Yours in the utmost of good faith,

Template Letter to your Federal Representative

Letter to your Federal Representative

Download and edit this letter to send to your Federal Representative. Remind him/her that they are there as Servants of the people and it you My Will that they perform their duties according to the Commonwealth of Australia Constitution Act 1901 and the Law.

Tell your story to the Representative as simply and clearly as possible. Include any corroborating evidence you have. 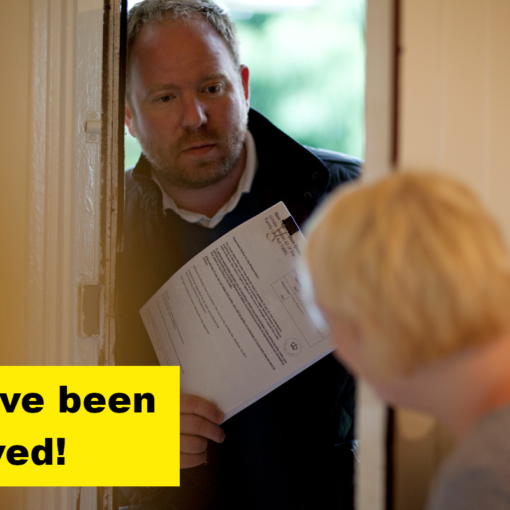 Businesses who decide to exclude people due to their medical status have chosen a very dangerous path. They could end up in […] 3 thoughts on “Got a Fine? Send this letter”